I have now made several tests with Stockfish 10 latest Dev Build and have found that it certainly does not have the original game strength of 3497 elo. I played several games against the play magnus app from level 17, I only made a remi with a 1 second thinking time, of course it was also possible to increase it to 30 seconds cooling-down time which I did and won against the most difficult level 29 However, it is still not enough to win against the computer on lvl 10 in chess.com, although I have activated SAN notation, 6-man syzygy tablebases and Stockfish Contempt -100 to get the maximum strength. I am pretty sure that this is not the highest level / elo of stockfish 10 that is offered via the app. I would also pay a lot more if the server or hardware used to run the / stockfish hir would be improved to reach maximum skill level .

-100 contempt means stockfish would favor towards draws more, maybe try with the default contempt or with contempt 0.

I tried playing against the computer on lvl 10 chess.com with latest sf dev and 1 second think time, 6-man TB, and default contempt 24. 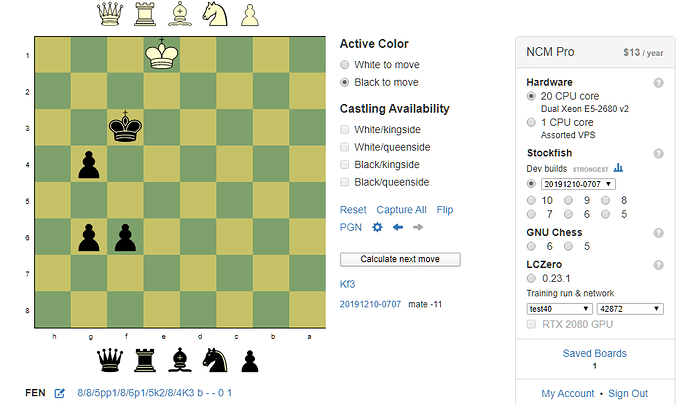 I have it with the same settings as you mentioned on default contempt 24 and 0 but I always make only one draw. Is it maybe due to my computer that the power is not transmitted correctly? or what are the best settings in general to get the strongest moves possible from the app?

I defeated him now in 93 moves with default contempt 100. But you defeated him faster in 66 moves so I’m assuming that something is not working properly for me. 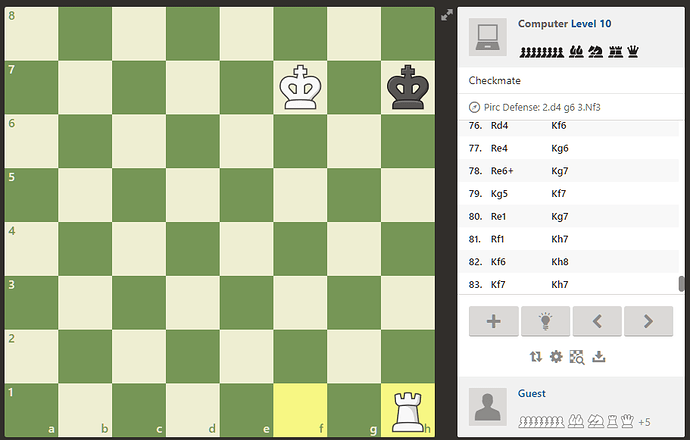 thanks for the ideas i haven’t lost or played a draw so far. even if I have set 100 contempt, everything is now possible with 1 sec reaction time to defeat on other programs