My Suggestions for a better Next Chess Move App for the Admin :)

Hello dear admin, I’ve been using the app for a while and I’m a happy subscriber, but what I noticed is that you can significantly improve the app by adding Cerebellum as an opening book for stockfish and the 7-man syzygy tablebases as an improved endgame library and brainfish as an alternative version to stock fish because the engine has interesting game styles. Because all that Suggestions are free to download here Installation and download | https://syzygy-tables.info/.

Greetings, Tasgarn! This is definitely on the radar. I’ve long wanted to add more engines, book options, etc to NCM. I’ve made some changes towards enabling this, so hopefully soon!

7-man syzygy present a challenge as they require 18TB of storage which is quite a bit larger than the SSD drives on our pro servers, but I think I could store the entire set in some type of object storage (Backblaze B2 looks to be the cheapest option) and download the relevant 7-man file to the server on demand when calculating for a position with 7 pieces. Do you think that would be of benefit?

the best would be of course if you would insert the 7-man syzygy in nvm by increasing the ssd memory that it would fit, since I don’t know how it works if you download it manually,but you can try it out if there is no other way.

I’m a little bit worried about what 20TB in SSD storage for each of our servers is going to cost, but I have emailed my hosting providers

ah that’s good thanks,what i also thought to strengthen the engine might be a kind of “permanent brain” mode where the engine calculates the next move also in the opposing move that could bring an increase of 15-30% total strenght. that has for example another chess bott that I saw.

That’s the “ponder” move – you can see it if you tap/click the engine name next to the move to get the raw engine I/O. It’s all the way to the bottom.

You can also click on the “PV” line at the bottom of the raw engine I/O to see the sequence of moves that the engine expects to be played out to whatever depth it calculated. But, at least with Stockfish, that PV is not available 100% of the time because of some technical details I don’t (yet) fully understand myself.

ah oke understand so it has to do with ncm that not everything works properly. apart from that, I noticed BrainFish can use two books parallel

Another option could be to use a special Tournament book as the first book (BookFile), (which for example exploits some temporary weaknesses of other books or engines), and to use the Cerebellum Stockfish book as the backup book (BookFile2).

brainfish with 2 opening books could be even stronger than stockfish with 2 books. I’m not sure if this works with ncm but if it works you could make the engines a lot stronger.

Brainfish with the 2 opening books and with the endgame library 7 man Syzygy tablebases in combination with the functions that stockfish now has and with even more in the future I imagine myself as the strongest version that you could put together as a free version if it could work. 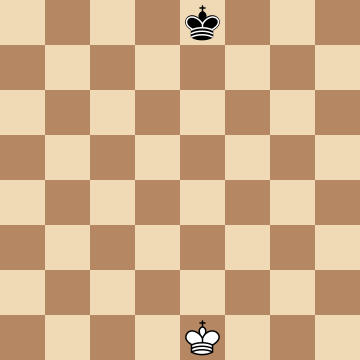